Finally, my favourite memory of Digital computers was the clock speed control on a relic we had at the University. I think it was a PDP-7 which was already 15 years old or so when I was a student. To help debug your programs you could turn a knob to slow down the clock from the breath-taking top speed of 8khz (yes, kilohertz) so that you could see the registers changing as the instructions were executed. Brilliant.
Posted by Richard M Marshall at 02:21 No comments: 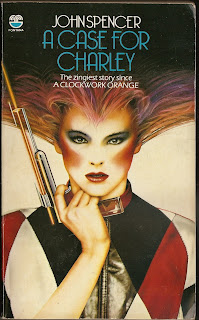 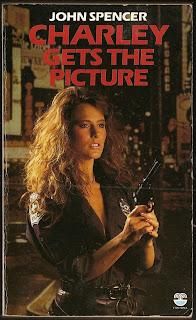 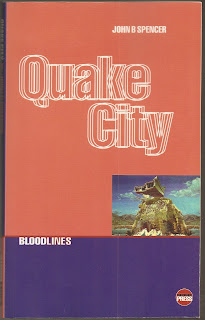 The only Charley Case story still in print is Quake City published by Jim Driver's wonderfully-named The Do Not Press. The cover of the first book bears no relation at all to the content. The female police officer on the front of the second book, remarkably, actually represents one of the characters although at no point is she in uniform and toting a gun.
Posted by Richard M Marshall at 05:25 No comments:

Another couple of comments on location-aware systems.

First an update to my last post - Foursquare has a setting so that it opens on Places and not Friends by default. This is much better, but doesn't change what is presumably the way the Foursquare designers expect it to be used.

Next is that a few people have put together systems that show hot locations, using the rather unscientific method of taking check ins from the last half an hour to get round the lack of a check out option. An example of the is MisoTrendy which combines a witty name with a simple mashup between Google Maps and Foursquare. It shows "trending" venues on a map.

Unfortunately the main information you can take from this is that very, very few people actually check in anywhere at all. Edinburgh only has occasional traces of activity, even London has only 15 people currently checked in. Checks on other major cities where it is not the middle of the night showed equally low levels of activity.

So I fear that anybody trying to use wheretheladies.at is likely to continue to be sad and lonely.

Update: Just found Ratio Finder which identifies ratios of the sexes in locations as long as you are in San Francisco or New York, based on the much more amusing Wee Places which draws maps of your checkins with some cool animations. Is it long-term useful? Probably not, but it is pretty and briefly amusing. I suspect that it proves the old wisdom of the third place: home, work, and somewhere else you hang out.
Posted by Richard M Marshall at 02:09 No comments: