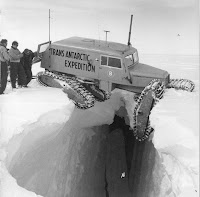 The tragicomic outpourings over the iPhone 5 continue, with the entirely unsurprising record preorders being taken as final proof of the sheep-like nature of iPhone users or the unquestioned supremacy of the device to the faithful depending on which zombie army you hear. This comes on top of howls of pain from techie fanbois seemingly expecting everything from projectors to time travel, and the hoots of derision from Android users who've been taking panoramas for a year now and rightfully take exception to claims of novelty. Perhaps saddest of all are pundits (and I'm looking at Robert Scoble here) diluting their equity by attempting to talk up the unremarkable, although the fanbois attempting to justify both the proprietary nature and prices of Lightning cables and adaptors may come bottom equal.

All this noise is drowning out the silent entry to a new era. We may, finally, have reached the infamous and quite possibly mythical Year of Mobile, although it would probably be safer to stick that label on 2013.

This is because it would seem that Apple has now crossed Geoffrey Moore's chasm. The fact that the device is boring, has the same Fisher Price interface as four years ago and doesn't do anything new or interesting is what they like about it.  Early majority users now feel comfortable splashing out on one of these devices in the misguided view that it's a stable, safe purchase.

Large numbers of normob users will have a dampening effect on genuine innovation so the Apple fanbois had better get used to it. Of course life would be easier for them if they hadn't spent the last few years being objectionable to all other mobile users and if Apple stopped claiming originality where none lies.
Posted by Richard M Marshall at 10:12