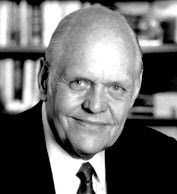 Finally, my favourite memory of Digital computers was the clock speed control on a relic we had at the University. I think it was a PDP-7 which was already 15 years old or so when I was a student. To help debug your programs you could turn a knob to slow down the clock from the breath-taking top speed of 8khz (yes, kilohertz) so that you could see the registers changing as the instructions were executed. Brilliant.
Posted by Richard M Marshall at 02:21